This blog is a special one, as it's an announcement for a project TWO YEARS in the making. Marco 'Frenchy' Gloder has been working with Greg Healey to bring you the untold story of the life and times of our legendary founder. So, I present to you... SHARP! 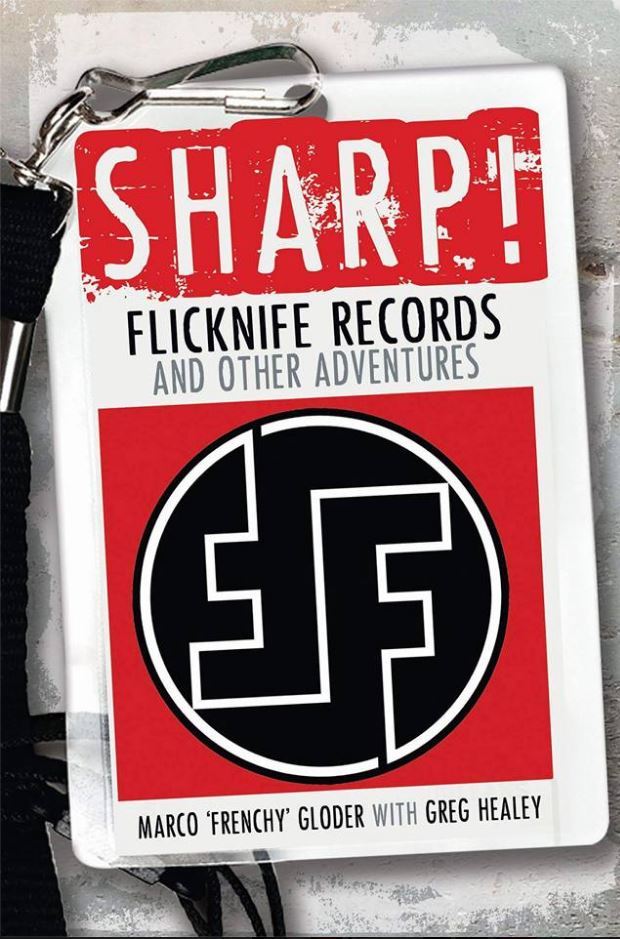 'Sharp! Flicknife Records and Other Adventures' out 01/09/2016
New Haven Publishing

'Sharp! Flicknife Records and Other Adventures' is an unflinching and honest portrait of Marc ‘Frenchy’ Gloderʼs journey from Grenoble ghetto to independent record label success at the heart of Londonʼs music scene.

Published on 1st September 2016 by New Haven, Marco ‘Frenchy’ Gloder's memoirs is co-written with Greg Healey and is the result of over two years of extensive interviews. A fascinating and in depth insight into the world of counter culture and alternative music, from the mid 1960s to the early 1990s, it touches on Soul boys, freaks, punks, goth and beyond.

Frenchy gives a unique insight into the festivals, communes and student strikes of the late 1960s, life in the squats of early Punk, and the rise of independent music in the 80s.

Be it the street gangs of his youth, who settled their differences with knife fights, or his doomed attempt to smuggle heroin from Iran that ended in imprisonment in an Iranian jail, Frenchyʼs story has the kind of drama that comes from living life on the edge.

As he found his place in the music business with the launch of Flicknife, Frenchy worked with some of the most important names in alternative music. Hawkwind, Alien Sex Fiend , Charlie Harper, Glen Matlock, The Saints, The Barracudas and many more found a home on his label, and he hung out with a host of others, including Lemmy, Jimmy Page and the Velvet Undergroundʼs Nico.

There you have it Flickers, everything you've ever wanted to know about the life of Frenchy and the founding of Flicknife in one snappy lookin' book! It'll be available from all good retailers from September 1st

And many more to come!

Catch you on the Flipside.

More in this category: « #4 - The Releases That Forged The Legend Are Digital Releases Inferior? »
back to top